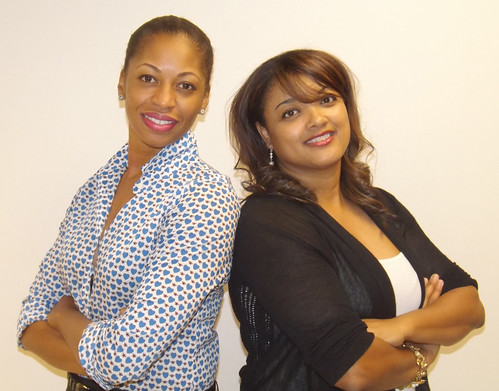 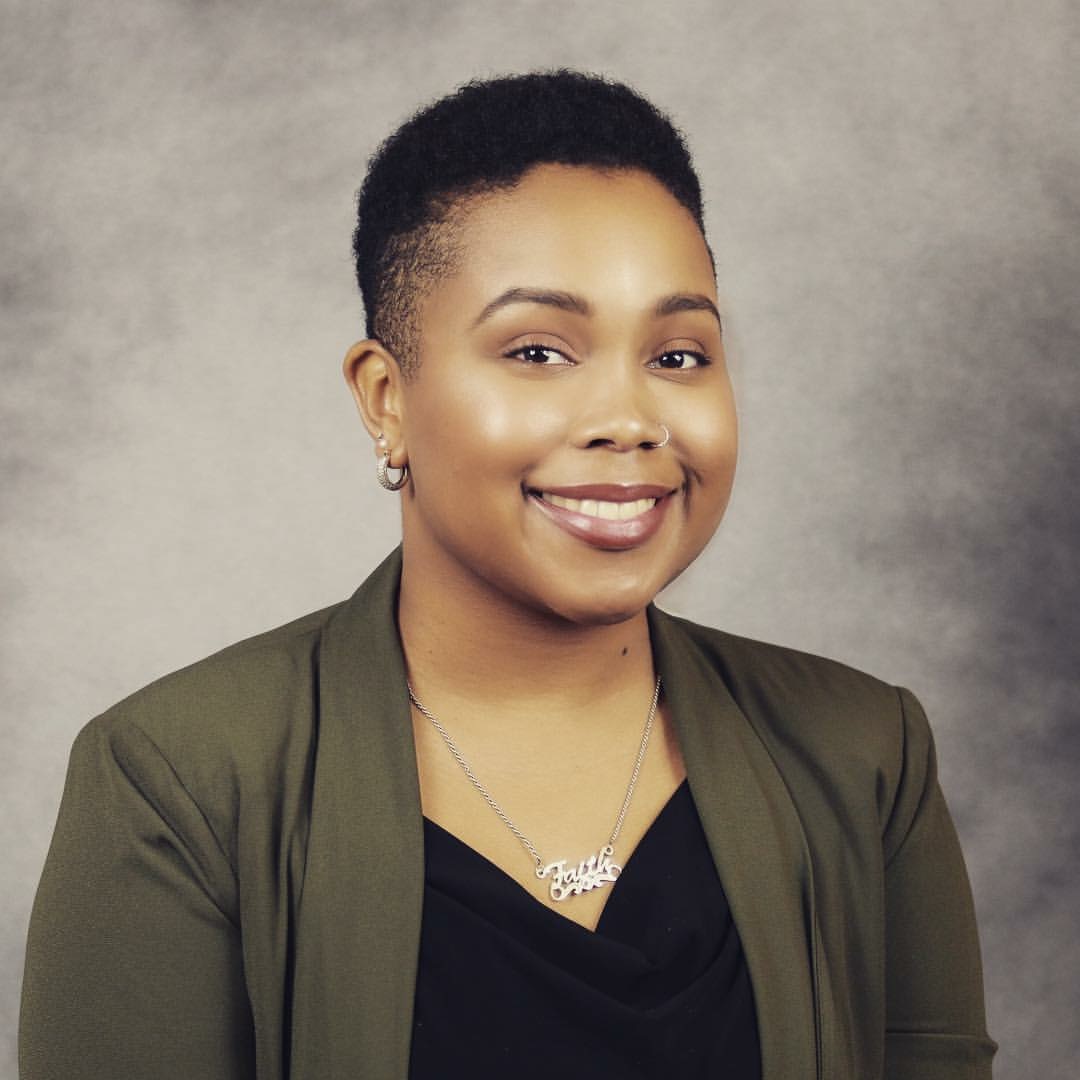 Faith Porter is an educator, researcher, and activist currently serving as Program Director at Raising Expectations, Inc. An alumna of Spelman College where she served as a Bonner Community Service Scholar, Faith holds degrees in International Studies and Spanish. Through the Bonner Scholars Program, she gained hands-on experience through internships at several Atlanta-based non-profits, as well as those located throughout the United States and in the Dominican Republic and received a certificate in non-profit management.

Faith is a 2016 recipient of the U.S. Department of Education’s Foreign Language and Area Studies Fellowship (FLAS), through which she studied Portuguese language and Brazilian culture at Middlebury College. She possesses years of classroom experience through her positions as a lead English Language Development and Spanish teacher as well as a teacher’s assistant during her tenure at Summer Institute for the Gifted. The 2022-23 academic year signals Faith’s fourth year as a member of the Raising Expectations team, where she previously served as Project DREAM Elementary Coordinator and Program Director at RE’s main site.

Empathy and cultural competence are at the core of Faith’s personal and educational philosophies. She is passionate about child advocacy and is committed to using her skills to assist RE in the fulfillment of its mission. 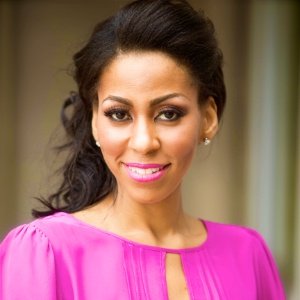 Jenill Jackson is a native of Washington, DC, who has lived in Dallas, Texas, for over ten years and is now an educator in the Fulton & Clayton Public school systems, researcher, and activist currently serving as the Project STEMWARE Highschool Coordinator at Raising Expectations. An alumna of the illustrious Lincoln University of Pennsylvania, she holds a bachelor’s degree in Biology.

Jenill advocates for girls/women in STEAM/STEM fields, specifically in healthcare and industry. At Raising Expectations, she oversees and is responsible for five staff members and over ten volunteers. She directly supports our high school youth via our collaborative partnership with Booker T. Washington and the Families First Center. She also supports the high schoolers with their academic and educational retention and collegiate / career readiness plans. She possesses over eight years of classroom experience through her positions as a STEAM Academic Leader, a Teaching Assistant, and a Special Education and Early Intervention Teacher during her tenure in both Fulton and Clayton County public schools. Empathy, Structure and Cultural identity, Awareness, and Relativism are at the core of Jenill’s personal and educational philosophies. She is passionate about child advocacy and is committed to using her skills to assist RE in fulfilling its mission. Her motto is that “One Day ALL children in this nation will have an opportunity to attain a fair, equitable, and excellent education.” 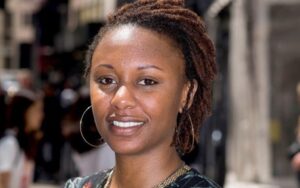 Gabe Hurlock is an Educator, Art-ivist, Community Advocate, and Air Force combat- veteran currently serving as the Project STEMWARE and YouthWORK High School Program Coordinator at Raising Expectations Inc. Upon her return from service overseas to her hometown in Atlanta, Georgia, Gabe first earned her associate in digital filmmaking from the Art Institute of Atlanta and is an alumnus of the 2016 Posse Veteran Leadership Scholarship where she later graduated from Wesleyan University in Middletown, Connecticut with a bachelor’s in philosophy and dance.

In the summer of 2017, she launched in the direction of education and prison reform, by co- founding Appalachian Scholar Project, a non- profit youth mentorship and literacy program for Black girls in Charleston, West Virginia after winning the Patricelli Social Entrepreneurship Fellowship Seed Grant. Over the next 6 years Gabe’s diverse experience with tutoring and teaching in the classroom positioned her as a Green Street Afterschool volunteer in Middletown, Connecticut 2017-2019, and aa Course Assistant for philosophy in the Wesleyan College Prison Education Program 2019- 2020. After graduating, she became a Lead Curriculum Advisor for an ed-tech company in Brooklyn, New York. Prior to joining RE’s team, Gabe worked as a tutor and ELA teacher in West Palm Beach, Florida.

Her initiative to connect philosophy and dance won her a grant to study arts and social justice in Gold Coast, Ghana inspiring her self- narrated documentary “I Am Here”. Through her work, she discovered connections between geology and art, specifically dance, while researching her own Caribbean identity as well as other diasporic narratives in Native, Black, and Latinx history. Her research stretches to Israel and Middle Eastern studies where she studied abroad at the University of Ben Gurion in Ber Sheva, Israel; attending an Ulpan for the Hebrew language. Gabe is the recipient of the Edgar Beckham Social Justice in Art Award in 2019 and founded the first undergraduate philosophy organization in 2018, which centralized the voices of Black woman intellectuals such as Angela Davis and Dr. Gina Athena- Ulyesse

Gabe’s love for culture and community is underlined by her passion for service; a main “thread” in her inter- woven philosophy as an artist and educator. Influenced by numerous Atlanta role models, such as former mayor Shirley Franklin and Dr. MLK Jr., she envisions a not-so-distant future where she can influence education reform and social policy in government for students and families in greater- Atlanta who have been marginalized by the daily effects of poverty, opportunity gaps, imprisonment, and police violence. Gabe is currently committed to using her skills to inspire youth and local communities to be the change they deserve and to further develop the RE mission as a valued member of the team
{“201341983″:0,”335559739″:160,”335559740″:259}”> 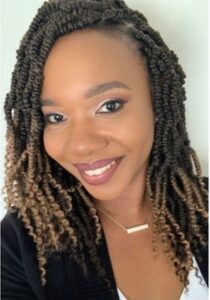 Project DREAM At-Promise Coordinator, dmatthias@raisingexpectations.org
Born and raised on the Caribbean Island of St. Vincent and the Grenadines, Dana left to attend the University of Maryland College Park for her Bachelor’s in Animal Sciences. Upon returning to her country post studies, she became an educator and possesses over 12 years of classroom experience as a Biology and Integrated Science high school teacher. She has also served as an Executive Member as well as the Vice President of the St. Vincent National Science Teachers Association, that worked alongside other entities to plan and execute the annual National Science Fairs. Her interests have always been introducing youth in St. Vincent to the various STEAM subjects as well as job opportunities.

As a recent transplant to Atlanta, Dana is excited to take up her role as the Raising Expectations Project DREAM At-Promise Coordinator overseeing program operations at the At-Promise South and West locations alongside her team. This allows her to continue her passion for cultivating interest in the youth that are in underserved communities.