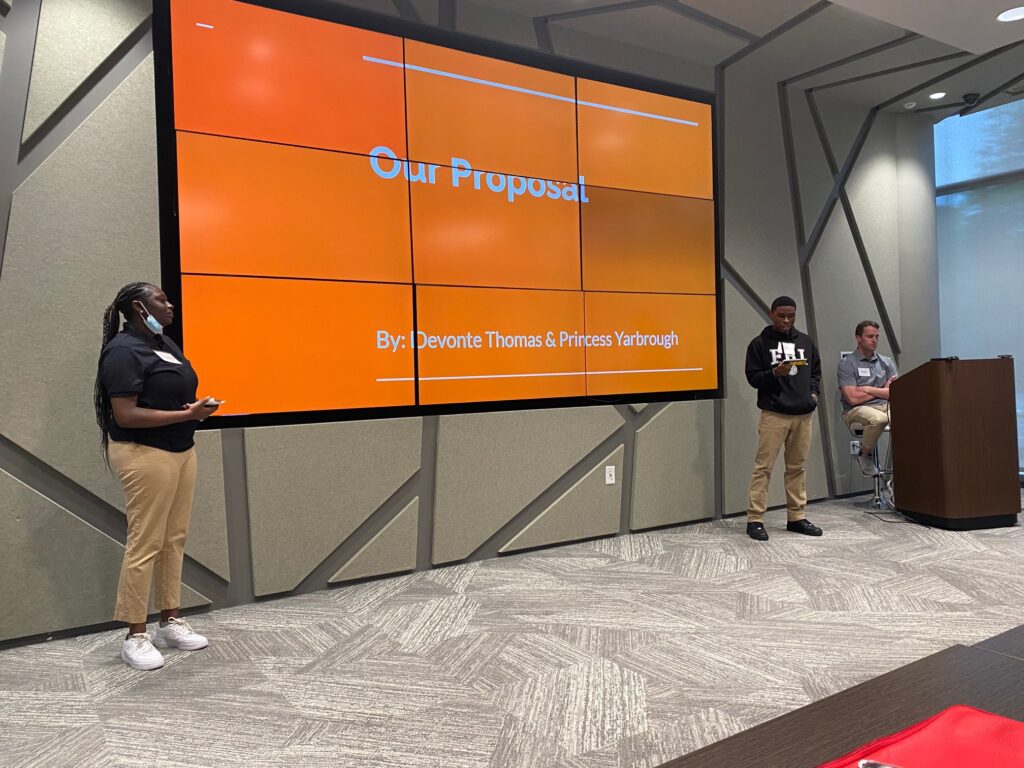 There are many ways to measure impact. Facts and figures can be useful, but at RE, we prioritize real stories from real people.

Princess—a rising senior at Washington High School—started with RE when she was in 9th grade. The school administration referred her to us because of behavioral issues, suspensions, and a general lack of motivation.

She admits that, back then, she just didn’t really care about school. When we first met Princess, she was reluctant. Like so many, her misbehavior came from a sense of insecurity, and mistrust. She was even afraid of our emotional support dog, Juju.

Three years later, she’s averaging high B’s and A’s in her classes. One of her teachers recently recognized her with a Most Improved Award for her work this past semester. She also reports feeling more capable of resolving conflict, and more open to building relationships with others.

Currently, Princess is enrolled in one of our signature partnership programs, the Real Estate Enrichment Program (REEP). She recently completed two solo internships with Alston & Bird, and Morris, Manning & Martin, something that at the onset of her junior year she would not have believed was possible. 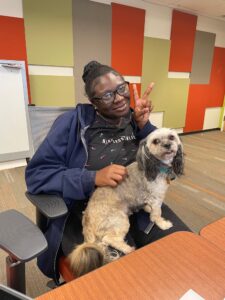 When we spoke to Princess three years ago, she did not believe that college was for her. Now she’s considering a law or nursing degree.

What delights us about Princess’s story is the way she has overcome her fear and mistrust, and replaced them with confidence and belief. Now, opportunities she never thought possible appear vivid and within reach.

It’s not about imposing one set of expectations, it’s about raising students’ expectations of themselves, and empowering them to live up to them.

We’re pleased to announce that Princess has also overcome her fear of dogs. It’s just one more example of what can happen when you repeatedly show up for someone. She and Juju are now the best of friends.